Elizabeth Spayd remembers where she was when the call came through.

She was driving into New York City after a visit to Long Island when her phone rang. It was Philip Corbett, the associate managing editor for standards at The New York Times, who led the months-long search to replace outgoing Public Editor Margaret Sullivan.

She picked up the phone and kept her tone even. It had been about three months since Spayd, then editor in chief and publisher of Columbia Journalism Review, had thrown her hat in the ring to succeed Sullivan, whose nearly four-year hitch as the paper’s public editor came to a conclusion. 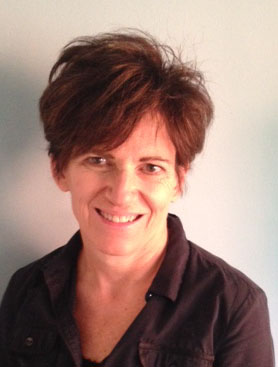 “I’d been preparing for bad news,” Spayd said. “He offered me the job, and then the phone cut out because the service was so bad. I had to go up the road another five miles to call him back.”

Phone troubles aside, Spayd ultimately accepted the gig, becoming the newspaper’s sixth public editor. In doing so, she inherited one of the most high-profile and tricky perches on the media beat, one that requires her to investigate and criticize the institution that pays her bills.

She also has big shoes to fill. Her predecessor was widely credited with bringing the position into the digital age, posting frequently on her blog, engaging with readers on Twitter and tackling major issues that had little to do the newspaper’s print edition. Sullivan was also one of the Times’ most prominent critics, unafraid to fault the newspaper when she saw fit — even if top editors sometimes quibbled with her conclusions.

But Spayd is well-used to criticism from journalists, having spent the last two and a half years running one of the few remaining journalism reviews left in the United States. During her tenure, the magazine underwent a website redesign, launched an ambitious project covering regional and local media, published a bombshell investigation into a flawed Rolling Stone exposé and rolled out a membership program aimed at drumming up additional revenue.

Before that, Spayd was a managing editor of The Washington Post, a position she earned after 25 years at the newspaper. With much of her career behind her, Spayd said she won’t waste time trying to win a newsroom popularity contest.

“It’s really important to me to do a good job, and I can’t concern myself with whether my comrades in the newsroom like me or not,” Spayd said. “This isn’t the point in my career where that’s a guiding influence for me. Doing this job right is the most important thing for me.”

“I’m not there to make friends,” Spayd said with a laugh. “I have a lot of friends, thank God.”

She won’t be lacking for things to write about. By the time Spayd starts on July 5, the newspaper will be a half-year into a strategic review of its entire operation, part of a mission to adopt to the unceasing digital transformation that has gripped the media industry. The New York Times has also embarked on a quest to dominate global news coverage, an effort that has already seen the newspaper launch a Spanish-language edition. Despite the international expansion, the newspaper is currently undergoing a round of buyouts that are reportedly a precursor to “at least 200” newsroom layoffs next year.

Spayd said the Times’ digital remaking will be a major thread of her coverage.

“It will be undergoing some of the most dramatic change in such a compressed period,” Spayd said. “But if what I see now with the changing nature of the media industry takes place within the Times, it’s going to be pretty wild times.”

Spayd said she will pay attention to the newspaper’s business efforts as well.

“My focus will be more toward the journalism, but the two are so intertwined,” Spayd said. “One of the struggles I think journalists have had is, they think they can look the other way and let someone else figure out the business side of what they’re in. That is just completely blind to the current reality.”

The basics of the position aren’t slated to change much. Spayd plans to keep the public editor’s biweekly column in the paper’s Sunday print edition and post regularly to the blog (which already bears her name). She still reports to the publisher, Arthur Ochs Sulzberger Jr., a condition meant to ensure the position’s editorial independence. And she plans to be active on social media, including Twitter — where she has thus far maintained a limited presence.

Asked to sum up her approach the position, Spayd said it will be very reader-oriented and heavy on reporting.

“I’ll treat The New York Times like it’s my beat,” Spayd said. “I’ll be constantly talking to people — not just looking at the work that’s produced, but trying to find out as much as I can about how the place runs and makes decisions.”

She also says her work will be light on Monday morning quarterbacking, especially for trivial issues.

“My feeling is, who cares what Liz Spayd would’ve put at the top of the site?” she said. “This is about something bigger than that.”