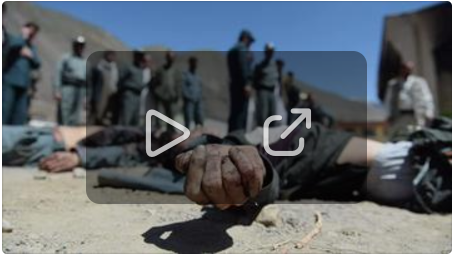 What made Monday’s effort so deadly? A second bomb detonated after journalists gathered at the site of the initial attack. The second bomb came from a man who had a press credential, who had moved inside the pack of journalists.

Monday’s killings in Kabul put this year’s toll of slain journalists at at least 23, says the Committee to Protect Journalists. A 10th journalist, the BBC's Ahmed Shad, also was killed Monday, fatally shot in the eastern Afghan province of Khost.

The second attack in Kabul targeted a group of professionals who had risked death for years in combat and conflict, wrote the Washington Post’s Pamela Constable. “This hurts our souls,” a manager of a TV station told Constable, saying that he lost two of his finest employees on Monday.

He did not want his name used, citing, as Constable put it, “insecure conditions for journalists.”

The closest toll in recent years in an attack on journalists came in the January 2015 extremist raid on the Paris offices of the satirical magazine Charlie Hebdo. Eight employees, a visitor, a maintenance worker and a police officer were killed in that attack.

Abandoned by her sponsor, comedian Michelle Wolf has withstood a barrage of conservative criticism for her White House Correspondent Dinner speech, and her supporters urged America to hold its president to the same standards it holds a comedian.

“I think having the ability to laugh at yourself is important,” says Wolf, who added in an NPR Fresh Air interview Monday that she hadn’t expected the degree of criticism.

But, she told radio host Terry Gross, she wouldn’t have “changed a single word,” either. (The episode airs Tuesday).

Comedians such as Adam Conover rushed to defend Wolf, saying she was just doing her job, which was to:

"In other words," wrote Conover in the NYT, “she killed.”

Brendan Loper got at criticism of Wolf in his cartoon for the New Yorker on Monday, reprinted here by permission. The caption reads: “All hail the king, emperor of the earth, ruler of the air and seas, arbiter of what is funny.” 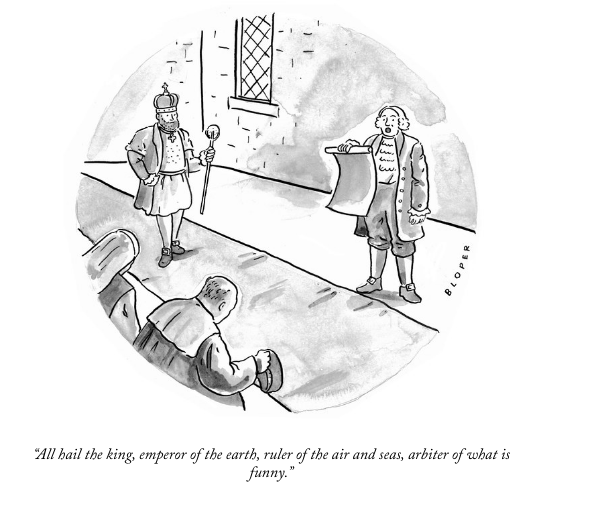 If a comedian offends our president, Jimmy Kimmel suggested sarcastically, how about a juggler? As Erik Wemple put it: “The president of the United States is committed to undoing journalism, and the country’s top journalists are debating a dinner format.”

Philadelphia columnist Will Bunch went further, saying “this republic won’t survive unless people start getting as uncivil as hell. Just like Michelle Wolf did.” He then echoed the last line of Wolf’s monologue: “Because Flint still doesn’t have clean water.”

QUESTIONS FOR TRUMP: Robert Mueller's office shared with Trump's legal team at least four dozen questions for the president about the Russian investigation. The questions, obtained by the New York Times, provide a look into the special prosecutor's examination of possible obstruction of justice in Trump's knowledge of Russian connections and firing of FBI Director James Comey. Among the questions for Trump: "What did you mean when you told Russian diplomats on May 10, 2017, that firing Mr. Comey had taken the pressure off?" Mueller also wants to know about Trump's conversations with his fixer, Michael Cohen, possibly as many as three of them, about the status of a proposed Trump multimillion-dollar real estate deal with Russia that was being negotiated while Trump was running for president.

THIS JUST IN: President Trump has made 3,001 documented false or misleading claims since he has been in office — and he's making them more frequently in recent months, according to an updated count by Washington Post fact-checkers. "Seventy-two times, the president has falsely claimed he passed the biggest tax cut in history — when in fact it ranks in eighth place," the fact-checkers write. "Fifty-three times, the president has made some variation of the claim that the Russia probe is a made-up controversy."

RESIGNED: NYT metro editor Wendell Jamieson, immediately, for unspecified reasons after an unspecified investigation, according to a staff email. Susan Chira will be taking over temporarily, HuffPost reported, citing the NYT email.

HIRED: Lisa Schwartz, a member of two teams that won Pulitzers for National Reporting, joins The Daily Beast as its new head of research, editor Noah Shachtman announced. Schwartz had been a research editor at the Wall Street Journal since 2014 and previously had been an Investigative Researcher for the New York Times and Director of Research at ProPublica. Meantime, Slate is looking for a director of research and the NYT is seeking a social media strategy editor. More jobs.

FREE: Matthew Keys, a journalist who was convicted in 2016 on three counts of conspiracy and criminal hacking, finished the last of his sentence on Monday and is returning to Sacramento, he said. He had been released to a halfway house in Fresno two months ago, where he had worked for a food pantry. "I hope that I’m privileged enough to find work in journalism," Keys told Cyrus Farivar of Ars Technica last month. "I work hard, and I’m smart, but I do have an uphill battle going forward."

CONVICTED: In its first use of a new “fake news” law, Malaysia's authoritarian government sentenced a Danish citizen to a week in jail after he criticized as slow the EMS response after a Palestinian Hamas member was assassinated in Kuala Lumpur, the capital. AFP reported that the plaintiff said he made a mistake by posting the YouTube video criticizing the response time, which officials have disputed. Israel has denied the killing. The new law, criticized by human rights groups as an attempt to muzzle dissent, can carry a sentence of up to six years in prison.

DEPARTING: WhatsApp founder Jan Koum from Facebook, after battling the parent company over attempts to use its personal data and weaken its encryption, the Washington Post reports. Koum, who sold his company to Facebook in 2014 for more than $19 billion, is also leaving Facebook’s board of directors, the Post reports. Recode adds that co-founder Brian Acton left Facebook in September — and last month urged everyone to #DeleteFacebook.

LOCATION LOCATION LOCATION: Where a news outlet has its office is still important, writes Nikki Usher for Poynter. “Geography and place still matter,” she writes, “even in an age of virtual communication with Slack, Blue Jean and multimedia mobile journalists. How journalists do their work is affected by where they are, from the news decisions they make to the perceived audience.”

TOO MANY MALE SOURCES?: “More often than not, women are conspicuously absent from media coverage on Iran, North Korea, bilateral and multilateral arms control, civil nuclear cooperation, nuclear terrorism, and more,” write two arms experts, Alexandra Bell and Kelsey Davenport, for Poynter. They call this kind of coverage marticles, where only men are quoted. Plus, manels — all-male panels at conferences. There’s a solution for the most clueless of journalists or conference programmers: Check out WomenAlsoKnowStuff, which groups experts by topic.

MAKE THEM SUFFER: What if you could exact the same amount of suffering to digital hackers that they cause to individuals and companies? A few digital vigilantes are on the case, even though the mission exists in the gray area between lawfulness and lawlessness, Nicholas Schmidle writes for the New Yorker.

WHERE ARE YOU FROM?: Growing up in California, it used to be enough for Ju-Hyun Park to say his ancestors were from Korea. After ballistic missile tests and an “Axis of Evil” speech, the question became "North" or "South"? (Hat-tip: Monica Campbell)

CESSPOOL: Frank Rich stirs through the New York muck from where Roy Cohn and Donald Trump arose. Noting the cunning of Trump’s mentor, Rich was puzzled at the builder's escape from jail: “Trump may never have been suspected of manslaughter, but he also flourished for decades despite being a shameless lawbreaker, tax evader, liar, racist, bankruptcy aficionado, and hypocrite notorious for his mob connections, transactional sexual promiscuity, and utter disregard for rules, scruples, and morals. Indeed, Trump triumphed despite having all of Cohn’s debits, wartime draft dodging included, but none of his assets — legal cunning, erudition, a sense of humor, brainpower, and loyalty.”

THE LAST SLAVE: For 87 years, the story by Zora Neale Hurston, on a slave-ship survivor, languished in a vault. Until now. From Vulture, with an excerpt.