A podcast that explored the life of Philando Castile — and the last moments after he was stopped and fatally shot by police on the night of July 6, 2016 — emerged as one of the winners of the 2018 Peabody Awards for investigative local and national broadcasting.

The MPR podcast’s name, “74 Seconds,” came from the time that elapsed from the moment Officer Jeronimo Yanez turned on his squad car lights until he fired his seventh and final shot into the car of the popular school cafeteria employee. His killing sparked protests and focused the nation on Minnesota.

Judges cited the series for putting "a human face on the tragedy, providing context for the legal and political struggles that followed with excellent on-the-spot reporting and a balanced approach to understanding both men involved in the event."

The podcast was one of several regional efforts that won Peabodys yesterday. Another winning podcast, “The Pope’s Long Con,” which investigated a corrupt preacher-politician, came from the Kentucky Center for Investigative Reporting and Louisville Public Media. 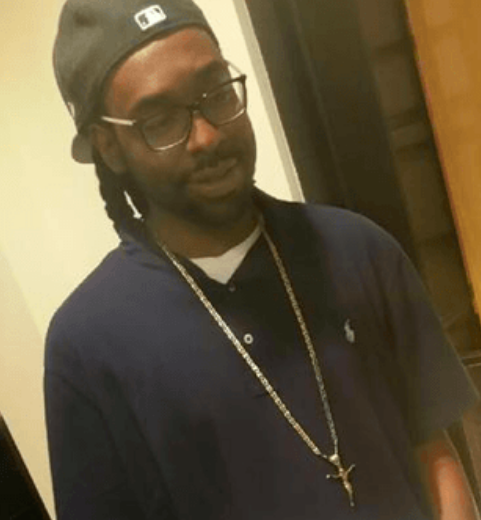 Other winners included “Lost Mothers: Maternal Mortality in the U.S,” a collaboration between ProPublica and NPR; and NBC5/KXAS-TV Dallas-Fort Worth’s probe of shady real estate deals by the Dallas County Schools, the first layer of a web of corruption and staggering financial mismanagement. The full winners list is here.

Also awarded Tuesday: A USA Today investigation on abuses in the port trucking industry and a CBS News/Washington Post exposé on drug industry lobbyists, among the 68th annual Sidney Hillman Awards. Here’s the list of winners.

THIS JUST IN: Hatred of journalists by leaders and their followers are behind a drop in press freedom in the United States, India, and Philippines. Nordic nations remain the most free. That's from the latest world freedom rankings by Reporters Without Borders. Here are the rankings. “The unleashing of hatred towards journalists is one of the worst threats to democracies,” the organization's secretary-general, Christophe Deloire, said. “Political leaders who fuel loathing for reporters bear heavy responsibility because they undermine the concept of public debate based on facts instead of propaganda."

JOY REID HACKED?: The MSNBC host says she's the victim of hackers who have planted fake items on social media that purport to show homophobic posts from her old blog. But not everyone is buying her explanation, reports the New York Times.

GOOGLE ROLLS OUT SUBSCRIPTION HELP: Can platforms give back to news outlets? With the decline of some digital advertising, gaining subscriptions (pro-profit) and donors-members (non-profit) has been seen as a key way to recover some lost revenue. On Tuesday, Subscribe With Google launched with the 30 local sites in the McClatchy chain, from Miami to Sacramento to Kennewick, Washington. “The tool,” writes Digiday’s Lucia Moses, ”will let people subscribe to online publications in a two-click process and highlights in search results content from the publications that people subscribe to.” They can pay from their Google accounts, and Google will give back publishers 85 percent to 95 percent of the revenue when readers first buy subscriptions via Google, Moses reported. Facebook also has been testing subscription models. What other publishers is Google working with? Here’s a list it provided in March.

ICE INVESTIGATION WINS AWARD: Phillip Martin of WGBH won the best investigation (radio) Sigma Delta Chi award for “The Gangs of Nantucket.” The series went nationwide on PRI’s “The World,” focusing on the ICE jailing and planned deportation of a 16-year-old star pupil who it thought was a gang member. After the report, a federal court stayed the deportation of Henry Lemus Calderon.

TRIB REPORTERS VOTE FOR A UNION: For 170 years, the Chicago Tribune was staunchly anti-union. That was then, this is now. Eighty-five percent of newsroom staffers voted for a union and then gave management a day to approve it. "For a long time, we didn't think we needed it," Charlie J. Johnson, a Tribune home page editor, told NPR’s David Folkenflik.  "The pay and the prestige was more than people working in union shops. That's no longer the case. And it hasn't been in a while."

YOU, TOO, CAN CALL BS (ON POLLS): How can you tell a good poll from the other kind? Survey Monkey’s Jon Cohen suggests a few tried-and true questions, including these (via Nick Douglas of Lifehacker), and has a few thoughts on each:

And here’s last week’s AP Stylebook guidance on the topic.

ALSO USEFUL: Want to make your resume stand out? In an essay for Poynter, the NYT’s Theodore Kim has four quick tips: a) Be committed. b) Get internships c) Write for your campus publication (or local community outlet), and d) Think about your narrative. It’s okay for your life to have detours, Kim writes, but think about what you learned at another job — and what skills you may have picked up.

LAYOFFS IN CALIFORNIA: The Sacramento Bee is restructuring its newsroom and will say goodbye to 15 newsroom employees, reports Comstock's.

TELL ME WHY: Rebecca Solnit, writing in LitHub, asks why some Americans are told to seek out and befriend white evangelicals if it doesn’t work the other way around? Or if the percentages of Americans in that category is about the same as Latinos, shouldn’t non-Latino, non-evangelical Americans expend equal energy seeking out and befriending Latinos? With whites soon to give up dominant status demographically, shouldn’t the narrative be about others, too? She concludes: “This country has room for everybody who believes that there’s room for everybody. For those who don’t — well, that’s partly a battle about who controls the narrative and who it’s about.”

ABOUT THAT BATTLE: Mashable’s Rebecca Ruiz reports on new data-crunching that show economic anxiety wasn’t the trigger of voters toward Trump. It was the fear of whites of losing their dominant status in American culture and politics. "What we find is this sense of threat," says Diana C. Mutz, a Penn political scientist and author of the study. Among the perceived threats: Demographic changes that will put whites in the minority by 2045. Mutz found that Trump supporters believed, despite widespread evidence to the contrary, that white people are more discriminated against than people of color, and that Christians and men experience more discrimination than Muslims and women.

DO WE TAKE OURSELVES A WEE BIT TOO SERIOUSLY?: The headline practically screams: “Inside the Intense, Combative World of Covering the Trump White House.” Combined with the picture, of a strong, capeless but still super-powerful trio of presidential reporters, this Variety profile struck conservative commentators as a tad … precious? “No one is more impressed with the press than the press,” tweeted the D.C. Examiner’s T. Becket Adams. “Lmao these fearless courageous heroes,” added Elizabeth Harrington of the Washington Free Beacon. My $.02: 1. Yes, twee. 2. These are the weirdest, fiercest times for a reporter in a generation, and at least two of those three reporters have gotten death threats. So, while the framing/design might be faulted, the style of the narrative rushed, the topic itself is solid.

MR. FUSSY: Can anybody write about the seventh planet from the sun with the proper decorum? Particularly if the planet emits a bad odor, which combined with the planet’s name, prompts middle-school giggles? Which outlet stifled themselves appropriately? Probably not Popular Science, although the subhed — “But the cold would kill you before the smell did” — had the right just-the-facts tone. A counterpoint comes from Craig Pittman, who tweeted: “Greatest science headline today or greatest one for April?” BGR.com, in its text, exhibited prudent behavior. At least, until its seven-word last paragraph.

‘WHO IS SHE?’: CBS News contributor Alex Wagner, the product of an Iowa-raised dad and a Burmese mom, ended up learning uncomfortable things about both sides of her family. She writes about it in her new memoir, “Futureface.”

FOR NEWS NERDS ONLY: Yesterday we repeated the Chicago Sun-Times’ claim that it dates back to 1844 and is the oldest continually published newspaper in the city. That claim gives it a few years on its rival, the Tribune. A reader called this into question, and we checked this Chicago Historical Society entry, which uses these qualifying words: “IN A SENSE (emphasis ours) the city’s oldest daily.” What that means: The Chicago Evening Journal Published from 1844 to 1929, then became the Daily Illustrated Times, and in 1947, the owner of the Sun bought the Times and put them together. Moving on…

Have a good Wednesday.

Some personal news: We have a new series on layoffs and the people who left news during the pandemic

Please tell us your story

The first of three classes will gather in Poynter’s interactive online learning environment for a week of leadership training in May.

Some personal news: Her newspaper closed. She kept reporting.

Marchel Espina had lost her job. She wasn’t ready to lose journalism.

Some personal news: This new journalist found isolation, not her dream job

Dynahlee Star Padilla finally got the opportunity she had been hoping for. But then came a backdrop of multiple stresses fueled by the pandemic.

Some personal news: After a layoff, David Clinch isn’t done with journalism

After getting laid off from Storyful, the veteran journalist ‘very quickly began to see the possibilities.’